Skip to content
गृहपृष्ठ>ब्लग>Effective and reliable flood risk information communication: How it helps save lives and properties
बुधवार, अगस्ट 12, 2020

The number and severity of disasters are rising as the climate undergoes changes, and as world’s population continue to increase. Disasters threaten a segment of the population which is considered more  vulnerable, largely because they are both highly sensitive to hazards and have limited capacities to cope with the resulting impacts. Disasters disproportionately affect those with the lower socioeconomic status – including those suffering from poverty, as well as minorities and discriminated groups. In many developing countries, women’s lower socioeconomic status – which implies an unequal access to information.

Practical Action is implementing “Strengthening end to end (E2E) flood Early Warning System (EWS) and Preparedness for Effective Disaster Reduction and Resilience in Nepal Project” in upper catchment of West Rapti River basin and Babai River basin in Dang district and Sotkhola (Surkhet) in partnership with Nepal Red Cross Society’s respective district chapters in Dang and Surkhet funding support of United States Agency for International Development (USAID)/Office for Foreign Disaster Assistant (OFDA) from September 2018 for two years. The project works for those communities who are more vulnerable to flood and have less access to information in the upper catchment of West Rapti and Babai basin in Dang and Sotkhola in Surkhet district in Nepal. The project is providing weather forecast and disseminating flood early warning information to the most vulnerable communities in coordination with Department of Hydrology and Meteorology (DHM), District Emergency Operation Centre (DEOC), Local Emergency Operation Centre (LEOC), Community Disaster Management Committee (CDMC) and various task forces under the CDMC. 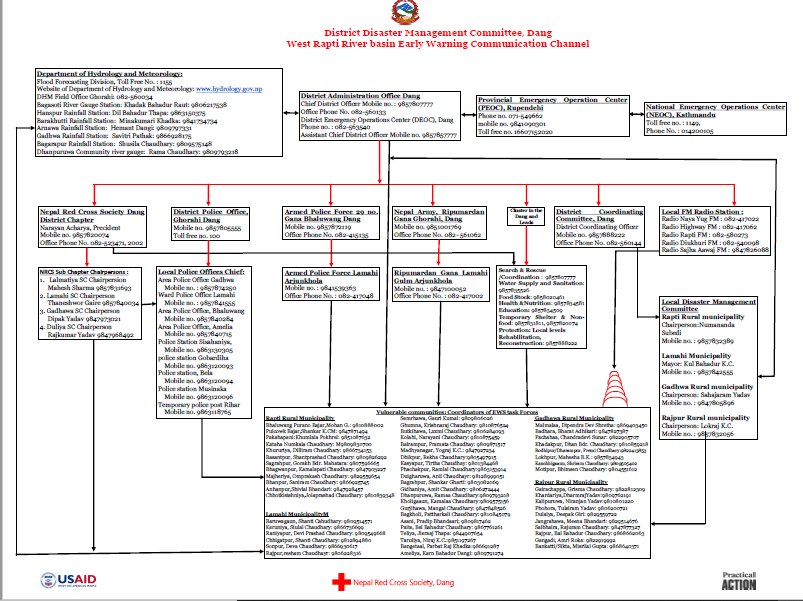 What makes the flood communication successful and inclusive?

Communication channel has been successful in disseminating  weather and flood forecast  information and real time rainfall and water level information dissemination to the local governments and vulnerable communities for their response to early warning ; the communication channel is also used for the delivering the message about the flood situation in the community to receive support from LDMC/LEOC, DDMC/DEOC and security forces NRCS subchapters, which is more supportive for timely response in case of flood.  This includes the contact number of the all stakeholders to take and to disseminate the information from community and to stakeholders. Communication channel thus developed is shared with DDMC for approval and then distributed to the community and stakeholders. The main objective of this channel is reducing the risk of flood disaster by providing the forecast information in time and receiving the information about disaster event from community for effective response.

Challenges and way ahead

There is limited capacity of local government to understand Early Warning System (EWS) and invest for its sustainability and replication in other river basins. Regarding the flood risk information and early warning there is no mechanism to ensure that people receive, understand and response to the warning alert. The Department of Hydrology and Meteorology (DHM) basin offices have no clear link with municipal and provincial governments to strengthen and sustain flood EWS and reach the end users. The general rainfall warning threshold (60mm in 1hr, 80mm in 3hr, 100mm in 6hr, 120mm in 12hr and 140mm in 24hr) do not cater the needs of districts and watersheds for appropriate risk warning and communication. 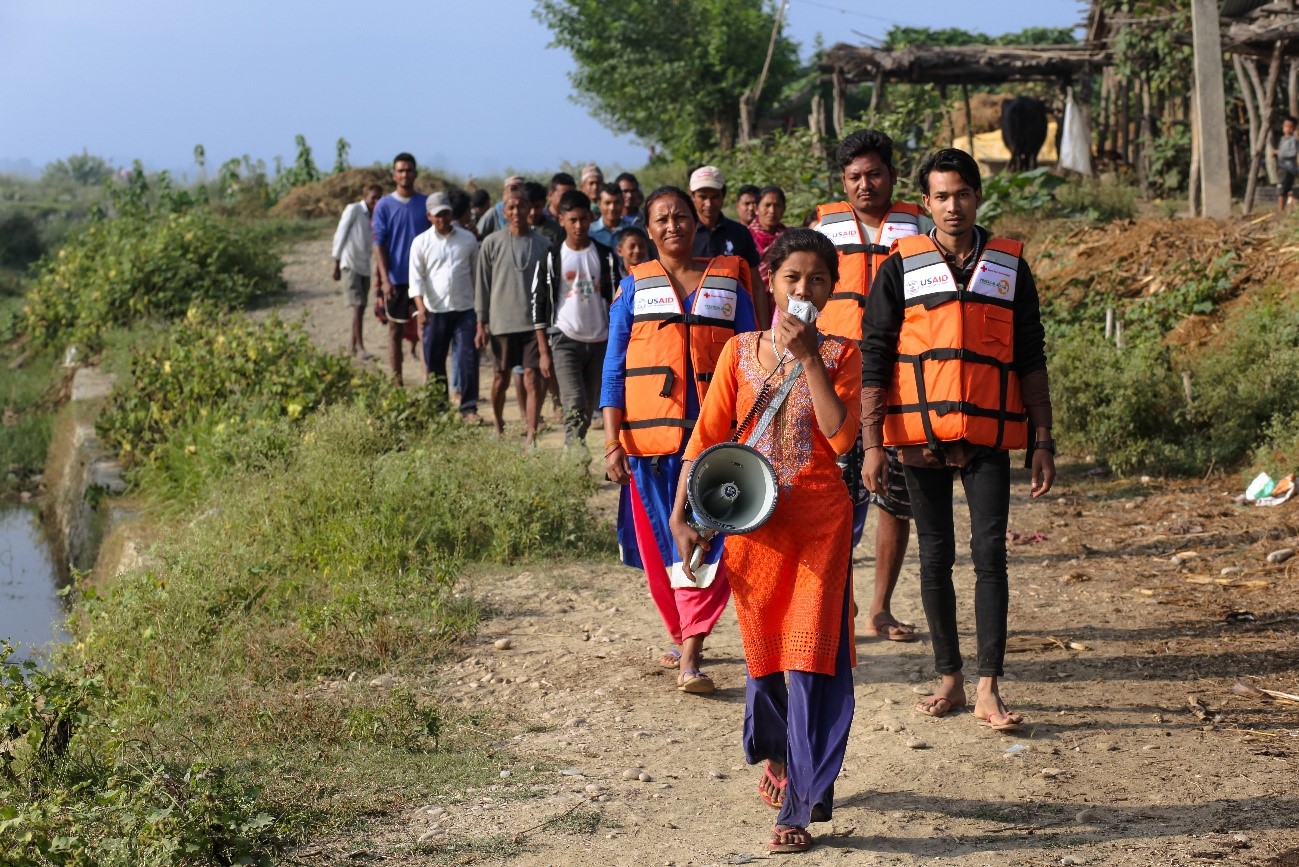 In this backdrop, the local and provincial governments are in need of technical support in improving the overall EWS governance. This include support to prepare policy and operational documents to sustain and own the EWS; facilitating operation of EOCs; support in the development of Disaster Information Management System (DIMS); and playing an intermediary role to tailor the flood and weather forecast information actionable and useful in the local context. Considering the gaps and immediate needs in the province and at the local level Practical Action is exploring the additional resources to consolidate results achieved so far and sustain our efforts on EWS in Nepal.

February 2, 2021 Prakash Khadka and Wei Liu, IIASA Worldwide, mountains cover a quarter of total land area and are home to 12% of the world’s ...

By Binod Parajuli, Research Officer Practical Action Consulting 22/12/2020 The use of open data and open platform has recently evolved with ...