Worldwide, mountains cover a quarter of total land area and are home to 12% of the world’s population, most of whom live in developing countries. Overpopulation and the unsustainable use of these fragile landscapes often result in a vicious cycle of natural disaster and poverty. Protecting, restoring, and sustainably using mountain landscapes is an important component of Sustainable Development Goal 15  ̶  Life on Land  ̶  and the key is to strike a balance between development and disaster risk management.

Nepal is among the world’s most mountainous countries and faces the daunting challenge of landslides and flood risk.  Landslide events and fatalities have been increasing dramatically in the country due to a complex combination of earthquakes, climate change, and land use, especially the construction of informal roads that destabilize slopes during the monsoon.

According to Nepal government data, 476 incidents of landslides and 293 fatalities were recorded during the 2020 monsoon season – the highest number in the last ten years, mostly triggered by high-intensity rainfall – a trend which is increasing due to climate variations. According to one study, by mid-July 2020, the number of fatal landslides for the year had already exceeded the average annual total for 2004–2019.

Figure 1: A map of landslide events in Nepal from June to September 2020. Source: bipadportal.gov.np

Landslides are not a new phenomenon in the country where hills and mountains cover nearly 83% of the total land area. While being destructive, landslides are complex natural processes of land development. The Gangetic plain, situated in the foothills of the Himalayas, was formed by the great Himalayan river system to which soil is continually added by landslides and deposited at the base by rivers.  Mountain land changes via natural geo-tectonic and ecological processes has been happening for millions of years, but fast population growth and climate change in recent decades substantially altered the fate of these mountain landscapes. Road expansion, often in the name of development, plays a key role.

Many mountain areas in Nepal are physically and economically marginalized and efforts to improve access are common. Poverty, food insecurity, and social inequity are severe, and many rural laborers opt to migrate for better economic opportunities. This motivates road network expansion. Since the turn of the century, Nepalese road networks has almost quadrupled to the current level of ~50 km per 100 km2, among which rural roads (fair-weather roads) increased more than blacktop and gravel roads. 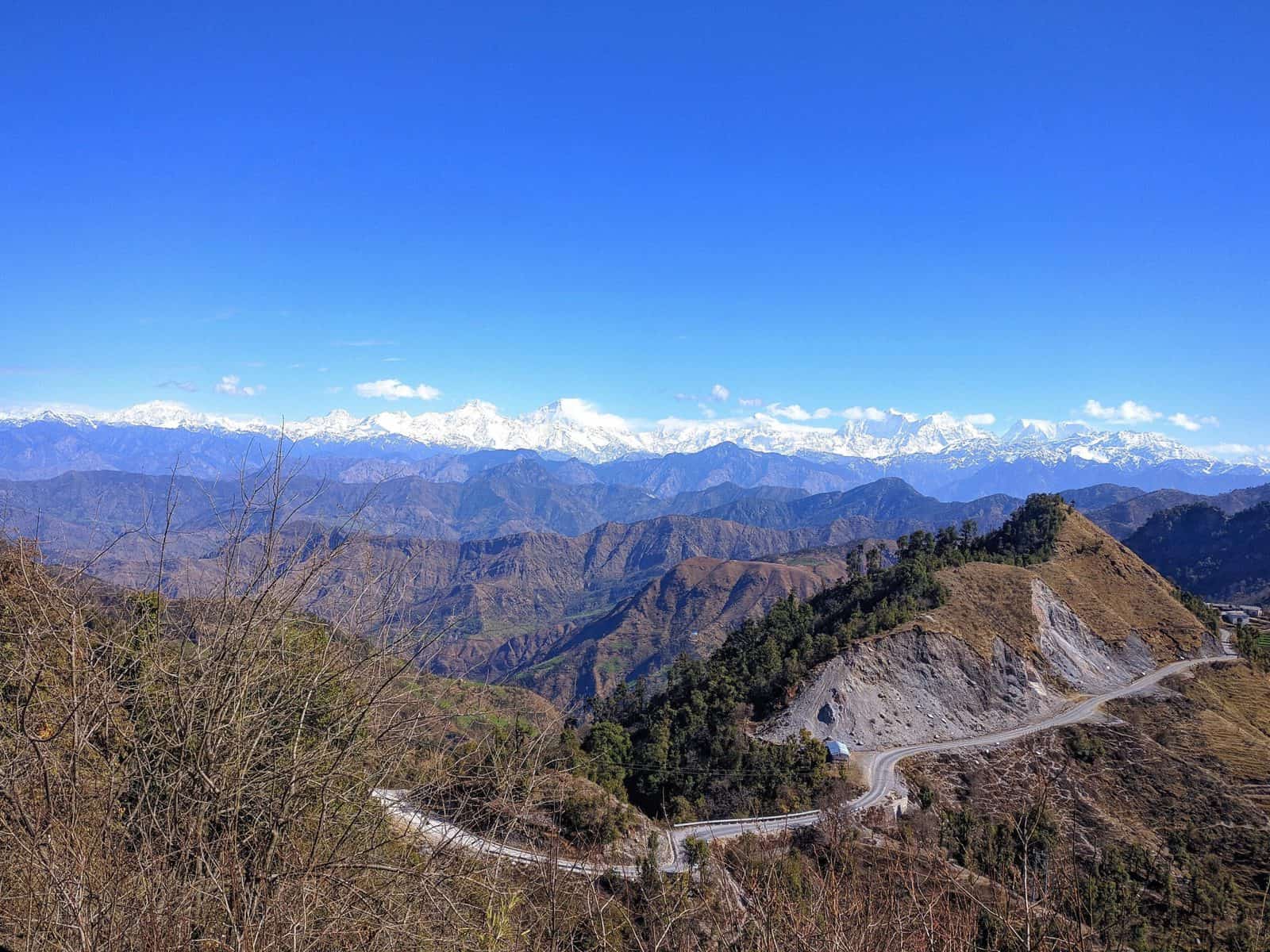 Nepalese mountain roads are treacherous and subject to accidents and landslides. Rural roads, which are often called “dozer roads”, are constructed by bulldozer owners in collaboration with politicians at the request of communities (also as part of the election manifesto in which politicians promised road access in exchange for votes and support to win), often without proper technical guidance, surveying, drainage, or structural protection measures. In addition, mountains are sometimes damaged by heavy earthmovers (so-called “bulldozer terrorism”) that cut out roads that lead from nowhere to nowhere, or where no roads are needed, at the expense of economic and environmental degradation. Such rapid and ineffective road expansion happens throughout the country, particularly in the middle hills where roads are known to be the major manmade driver of landslides.

To tackle these complexities, we need to rethink how we approach development in light of climate change. This has to be done with sufficient investigation into our past actions. The Nepalese Community forestry management program, which emerged as one of the big success stories in the world, encompasses well defined policies, institutions, and practices. The program is hailed as a sustainable development success with almost one-third of the country’s forests (1.6 million hectares) currently managed by community forest user groups representing over a third of the country’s households. Another successful example is the innovation of ropeways and its introduction in the Bhattedanda region South of Kathmandu. The ropeways were instrumental in transforming farmers’ lives and livelihoods by connecting them with markets. Locals quickly mastered the operation and management of the ropeway technology, which was a lifesaver following the 2002 rainfall that washed away the road that had made the ropeway redundant until then.

These two examples show that it is possible to generate ecological livelihoods for several households in Nepal without adversely affecting land use and land cover, which in turn contributes to increased landslide risk in the country, as mentioned above.

A rugged landscape is the greatest hindrance to the remote communities in a mountainous country like Nepal. It cannot be denied that the country needs roads that serve as the main arteries for development, while local innovations like ropeways can well complement the roads with great benefits, by linking remote mountain villages to the markets to foster economic activities and reduce poverty. Such a hybrid transportation model is more sustainable economically as well as environmentally.

It is a pity that despite strong evidence of the cost-effectiveness of alternative local solutions, Nepal’s development is still mainly driven by “dozer constructed roads”.  Mountain lives and livelihoods will remain at risk of landslides until development tools become more diverse and compatible.

<This blog was originally published in Nexus- Research blog of IIASA. The link can be accessed here.>

Early actions taken ahead of floods in Nepal in 2021 helped to save lives and minimize the impacts. Alina Karki 10 Jan 2022 On ...

Bikram Rana, Project Manager 16 December 2021 As a part of Zurich Flood Resilience project, we are continuously striving to improve ...