Farmers in the Tarai displaced by floods return to their homes, better protected for the next disaster

Original Story in Nepalitimes; By Sonia Awale in Kanchanpur

Most research about climate impact in the Himalaya deals with receding snowlines and retreating glaciers. A lot less is known about how farmers are managing with too much – or too little — water due to the changing climate.

Irregular monsoons and extreme rainfall have made floods more destructive in recent years, and the Tarai plains where more than half of Nepalis live is the worst affected area. Rivers here are changing course more frequently, submerging paddy fields and washing away homes. 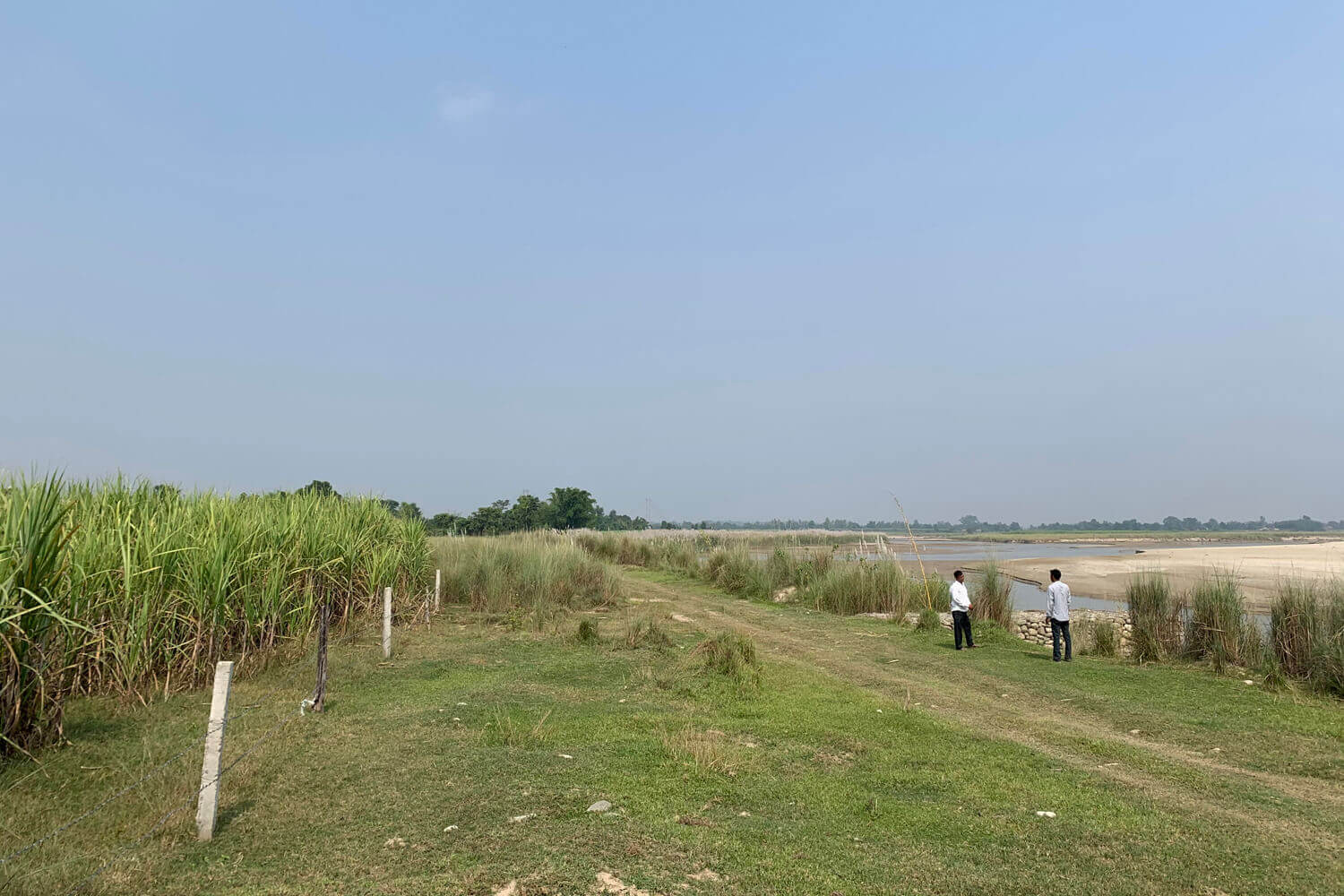 Disastrous floods in Sunsari (2008), Bardia and Surkhet (2014), Saptari and Rautahat (2017) and in eastern Nepal earlier this year killed hundreds of people and caused colossal damage. Damage from floods caused by extreme weather is exacerbated by encroachment on floodplains and road embankments that block natural drainage channels.

“Unlike in the past, when we used to have gentle showers every other day during monsoon, nowadays it does not rain for weeks and when it does, it comes down in destructive torrents,” says Bal Sugriv Rana of Shuklaphanta municipality in Kanchanpur. He points above his head to indicate the level that water reached in the great flood 11 years ago that forced farmers to abandon the village.

Farmers have now returned to the village and are not waiting for government help, but taking their own measures to reduce the threat of future floods.

With support from global humanitarian organisation Mercy Corps under its program Managing Risk Through Economic Development (M-RED), farmers like Rana in Kailali and Kanchanpur districts have reduced the risk of floods by planting bamboo and napier grass on embankments and sugarcane on riverbanks. Not only are they now better protected from future floods, the new crops are earning them important income. Mercy Corps is also a member of the Zurich Flood Resilience Alliance, a global partnership which works to increase flood resilience throughout the world, including in Nepal.

Sugarcane is so resilient it can grow in sandy floodplains, where its stem and roots can reduce water’s velocity and destructive force. The sugarcane plant can also survive for up to 10 days when flooding occurs.

“They said I was crazy when I planted sugarcane in the sand, but it has reduced the severity of floods, the riverbanks are not barren anymore and we earn money with relatively little investment from the sale of the cane to the sugar factory,” explains Mangal Prasad Chaudhary of the village disaster management committee. 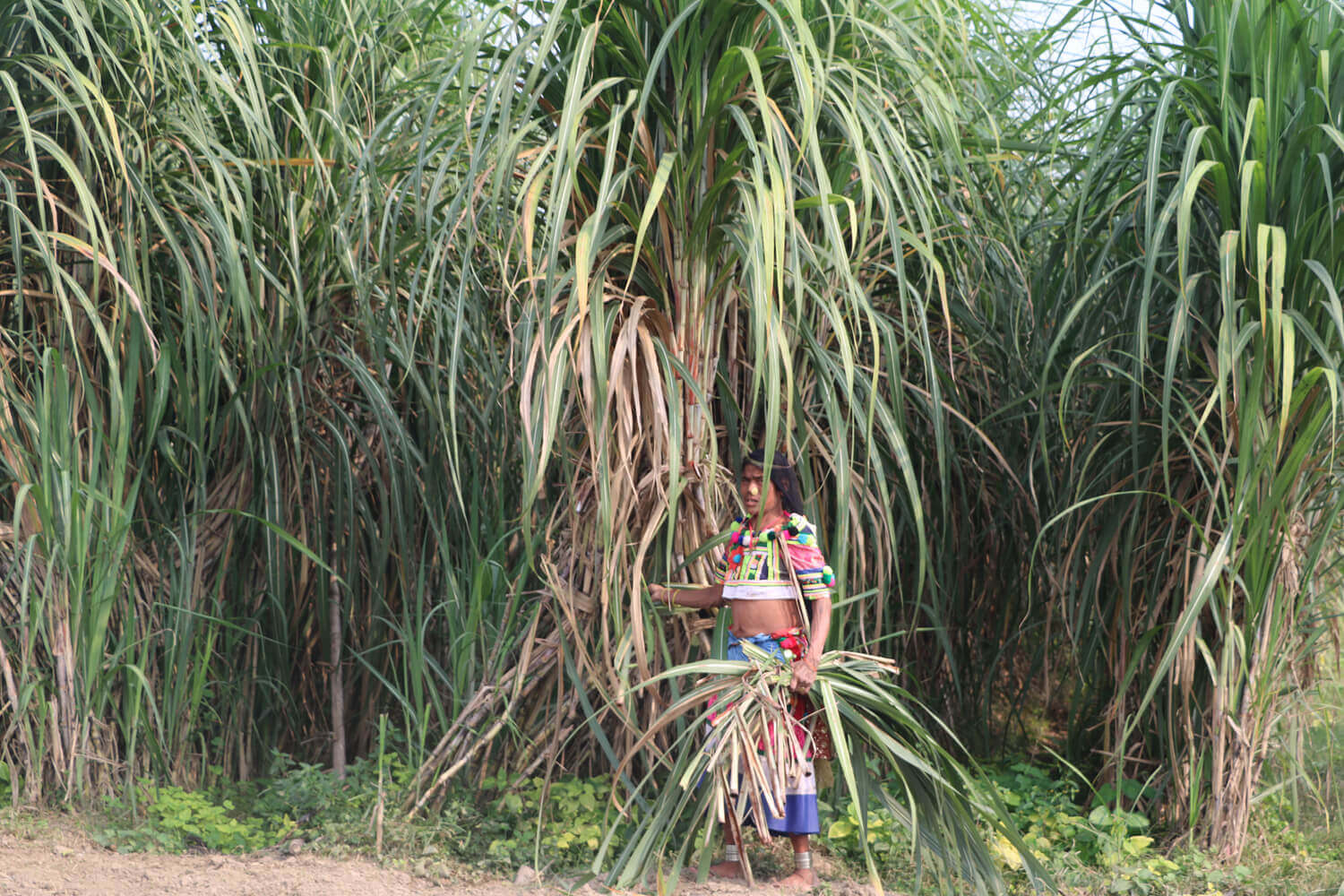 In the nearby village of Tikili of Kanchanpur, villagers also plant pumpkin, watermelon, banana, squash and gourd after floods recede – taking advantage of nutrients deposited by flood waters — which adds to their income. This has discouraged open cattle grazing, which in turn helps the vegetation to grow back and provide an additional layer of protection from the floods.

Now that the river has been tamed by barriers of gabion walls, sugarcane, bamboo and elephant grass, the land is secure enough to plant paddy, vegetables and other cash crops.

“We earn an extra Rs50,000 per year selling bananas, which has been quite helpful in running the household,” says Rajudevi Rana, 40, as she picks clusters of the ripening fruit from her family plot near the river.

Most of the rain in Nepal falls in the three monsoon months from July-September, and the rivers are dry rest of the year. The climate crisis has made the problem of too much or too little water worse, but with the help of development organisations, farmers have learnt to adapt to the new weather pattern.

“We did a lot of research to come up with the solution of combining flood risk reduction with income generation,” explains Saroj Kumar Thakur of Mercy Corps Nepal in Kanchanpur. “This is now a working model that can be replicated in other parts of the Tarai suffering flood risk.” 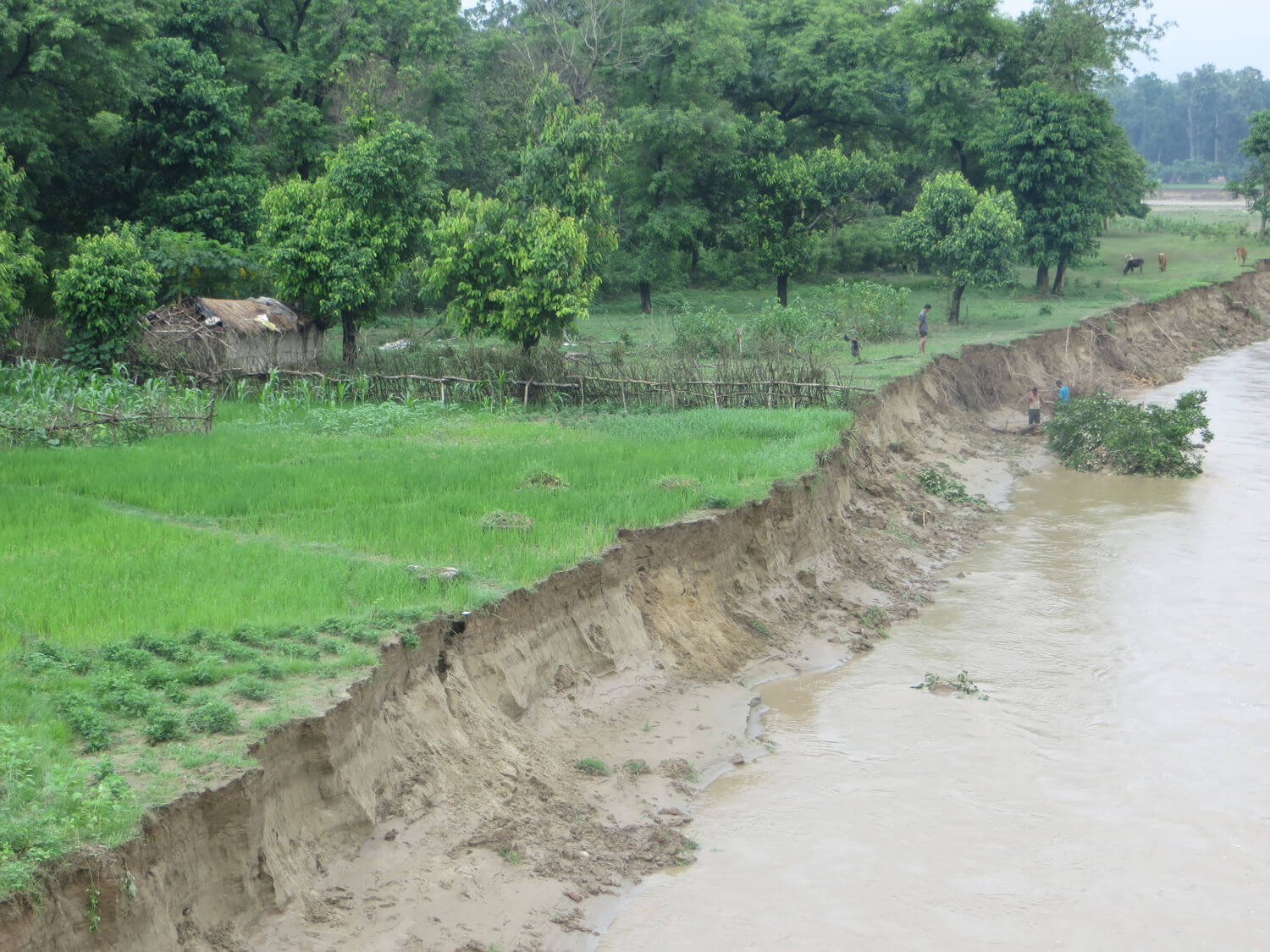 Indeed, the Kanchanpur success story can easily be upscaled in flood prone districts like Rautahat, Sarlahi and Mahottari, which faced devastating floods in the recent years.

The success of sugarcane, banana and vegetable plantations has even persuaded young farmers who had planned to go to the Gulf or Malaysia for work to change their minds. For Mayor Dil Bahadur Ayer of Shuklaphanta, this is a success story that his municipality can be proud of.

“Motivated farmers with the help of experts have managed to reduce the risk of floods by themselves — they have achieved what the government could not,” he said. “Now we need to copy this elsewhere in Nepal by involving all three levels of government.”

Ayer is also committed to tighten restrictions on illegal sand mining upstream, which threatens to undermine the accomplishment of the villagers in reducing flood risk.

Bhesh Parajuli of Mercy Corps says local governments are not allocating required resources for disaster risk reduction, spending most of their budget on infrastructure. He adds: “But even infrastructure needs to be disaster-resistant. With federalism, we now have to develop skills at local levels to respond to the floods.” 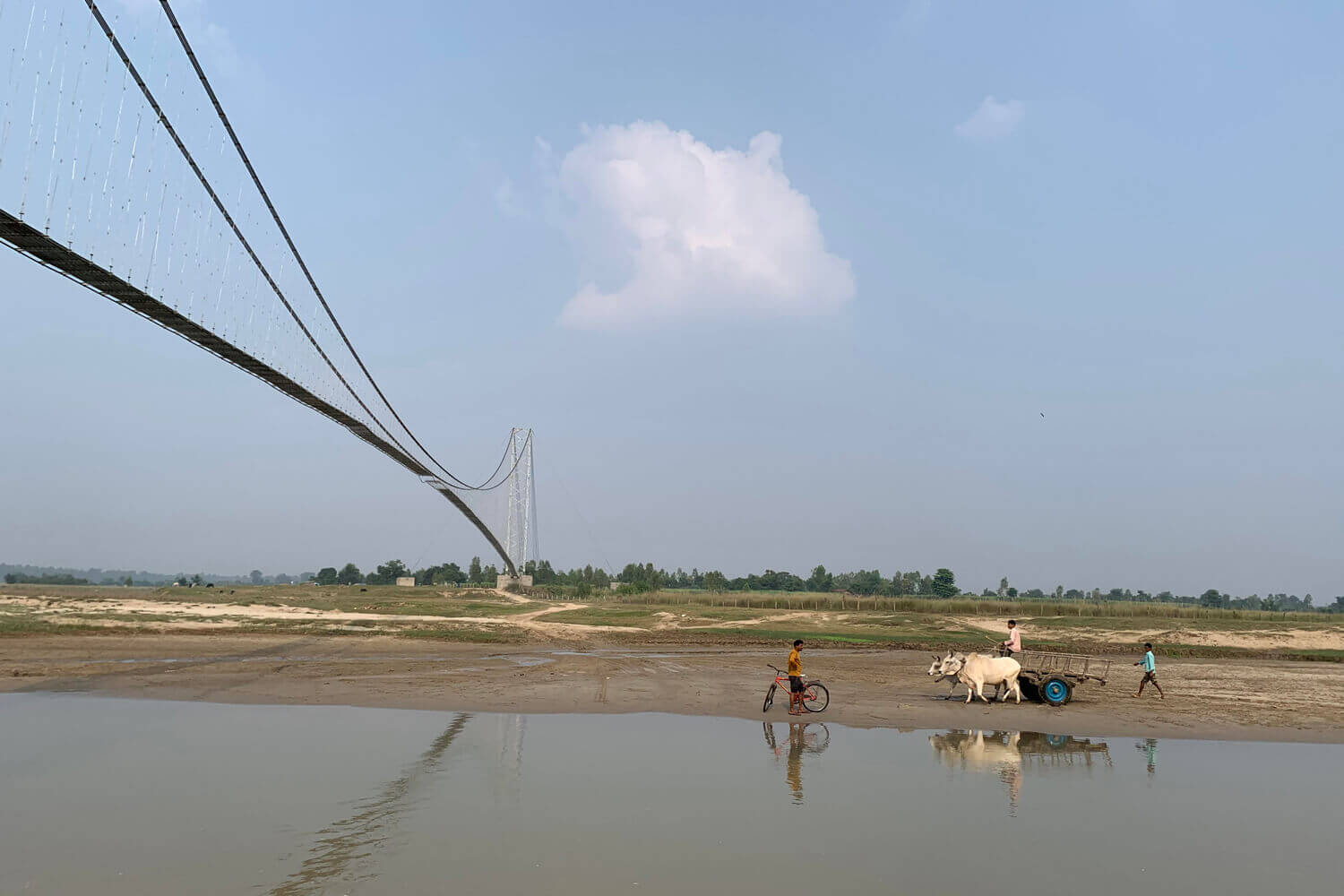 February 2, 2021 Prakash Khadka and Wei Liu, IIASA Worldwide, mountains cover a quarter of total land area and are home to 12% of the world’s ...