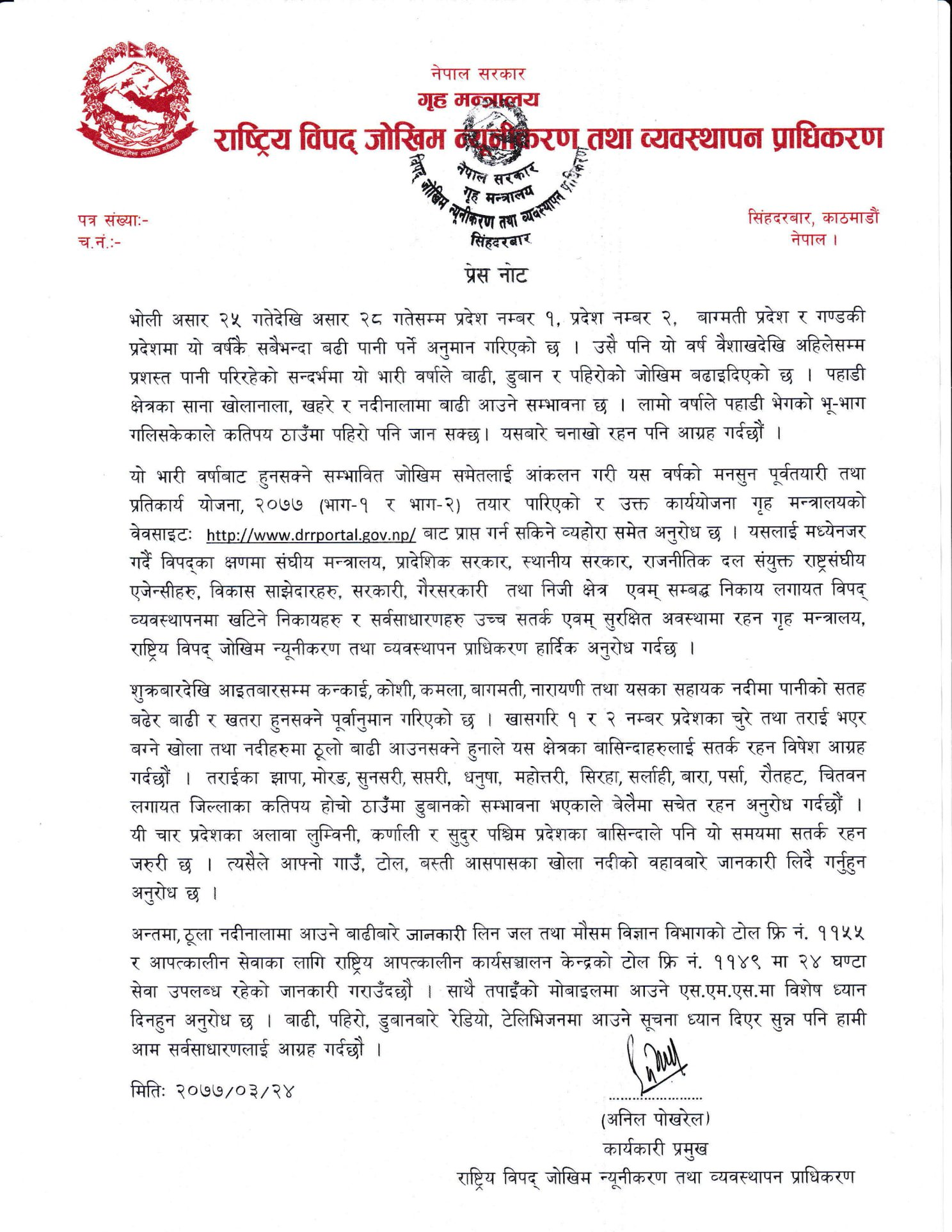 National Disaster Risk Reduction and Management Authority (NDRRMA) has released a press note with appeal to all concerned stakeholders to support possible disaster specially flood, inundation and  landslide  in this monsoon . It has mentioned that Department of Hydrology and Meteorology (DHM) has  predicted that heavy rainfall of this year will start from 9th July to 12th July mainly  in provinces 1, 2, Bagmati province and Gandaki Province. The NDRRMA has further requested other provinces and specific flood prone districts to watch the river level rise and stay in alert position.