Since the tragedy of the 2015 earthquakes, Nepal has undergone a political and structural transformation in how it approaches disaster risk governance. This has resulted in the decentralization of authority to the lowest levels of government in an effort to build resilience from the ground up.

Disaster risk reduction (DRR) is most effective when the people who are most impacted by disasters have a say in setting policy priorities. Not only does this help ensure buy-in at the local level, but strategies and plans become informed by the realities on the ground.

In the case of Nepal, the devastating earthquakes of 2015, coupled with the country’s transition to a federal system of government under a new constitution, created the conditions for a disaster risk governance system that is responsive to local needs.

The constitution devolved power and resources to local governments and mandated the mainstreaming of disaster risk reduction and climate change adaptation across the three tiers of governments in Nepal: local, provincial, and federal.

At the 2019 Global Platform for Disaster Risk Reduction, the Government of Nepal announced that the disaster management funds are being allocated to all the 753 local governments in the country. 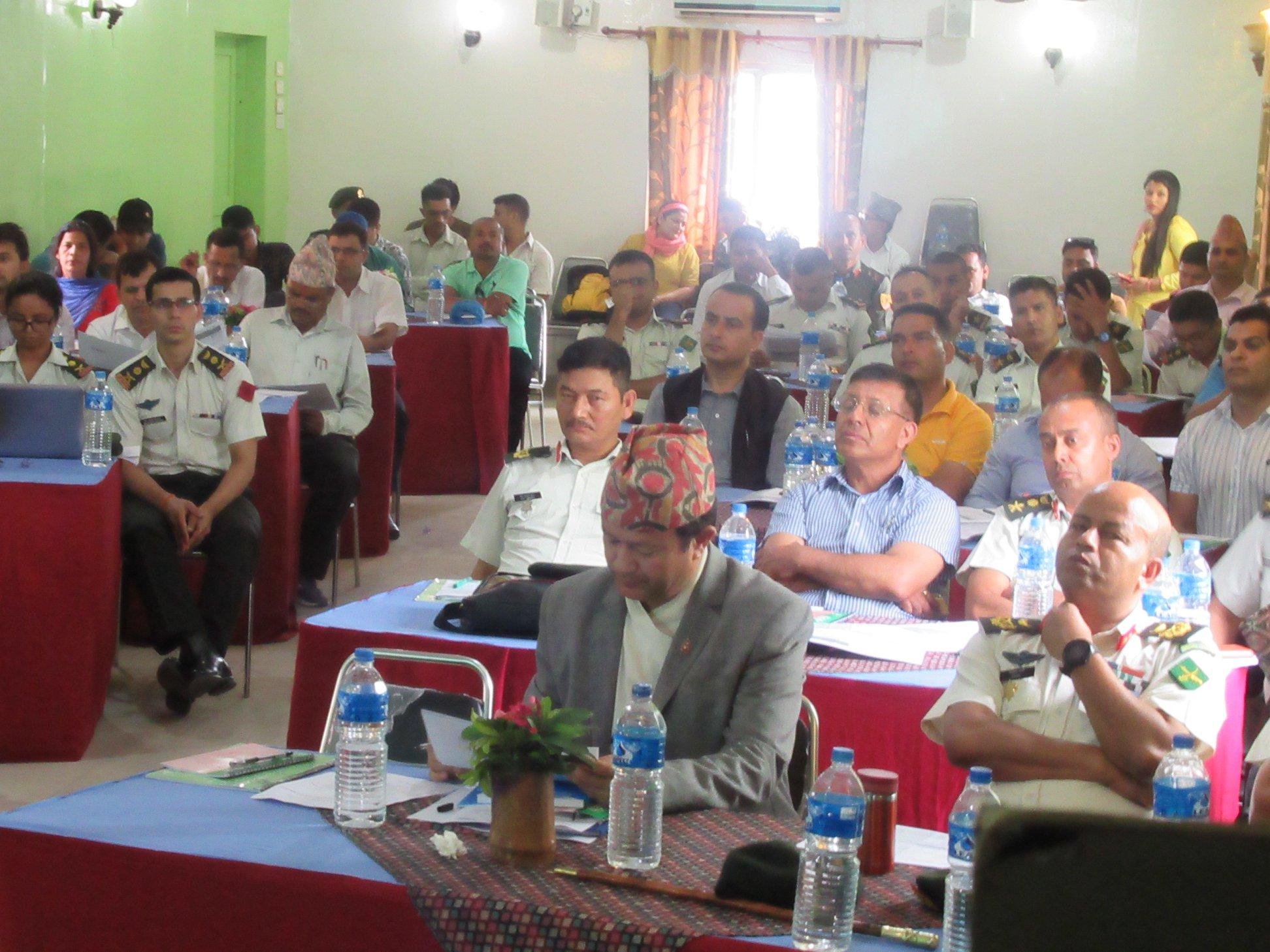 Two examples of a “bottom-up” approach to disaster risk governance at the local level can be found in the municipality of Palungtar in the Gorkha district and Indrawati in the Sindhupalchowk district. In both municipalities, local governments took the lead in developing their own multi-hazard disaster risk reduction plans. With the support of UN agencies, Nepal’s local leaders, who are democratically elected, have also made disaster prevention a focus of their time in office.

“Palungtar municipality is currently leading the development and implementation of DRR mechanisms while strengthening ward offices as frontline institutions. UNDP has supported us in creating an enabling environment through a DRR strategic action plan. I, as the Mayor of this municipality, will exercise my administrative and political authority in reducing disaster risk, benefiting our people,” said Mr. Deepak Babu Kandel, Mayor of Palungtar municipality.

At the provincial level, the government of the Sudurpashchim Pradesh province recently developed and endorsed its own DRR Policy and Strategic Action Plan following an inclusive consultative process.

Led by the Provincial Disaster Risk Reduction and Management Executive Committee, and aided by the UN and international NGOs, the consultations stretched for over a year and included district governments, provincial ministries, humanitarian partners, and stakeholders. Efforts were also made to bring the consultations to various locations to ensure the participation of a wide range of stakeholders from across the province.

The new plan is currently in being implemented and the provincial government just completed a resource mobilization analysis to fund the plan from various sectors.

The progress at the municipality and provincial levels was made possible by overarching guidance and support from the federal level. Specifically, this was done under the umbrella of Nepal’s National Policy and Strategic Action Plan for Disaster Risk Reduction and Management 2018-2030, which in turn was developed in response to the Disaster Risk Reduction and Management Act of 2017.

While the Ministry of Home Affairs remains the DRR policy hub in Nepal, another outcome of the Act of 2017 has been the establishment of the new National Disaster Risk Reduction and Management Authority (NDRRMA) in 2019 to operationalize disaster risk management.

“One of our key functions is to coordinate all three levels of governance for ensuring a whole-of-government approach to effectively reduce disaster risk, build resilience and manage complex response,” said Mr. Anil Pokhrel, Chief Executive of NDRRMA.

Indeed, strengthening coordination among the various levels of government, sectors, and stakeholders is a challenge that many countries face, especially in light of concurrent disasters with cascading impacts. As a Least Developed Country, Nepal has made several progressive steps in pursuit of a 25-year long-term development vision to transform the country into a developed nation by the year 2043. However, disasters like the Gorkha earthquake, recurrent floods and the emergence of new disasters like windstorms have the potential to roll back the country’s development gains.

“Nepal has made great progress over the years in areas of strengthening the legal framework for disaster risk reduction and adopted an inclusive process along the way. The challenge now is moving from planning to implementation to reduce the risk that disasters threaten people’s lives and their wellbeing, including in the context of the COVID-19 pandemic.  The UN remains committed to working with the Government to strengthen disaster risk reduction and management in Nepal.”